WHAT WE DO – SCIENCE & TECHNOLOGY

We specialise in communicating science and technology to both general and specialist audiences, drawing on our background of broadcast television for the BBC and other broadcasters (Channel Four, ITV, PBS, Discovery), where Mike Tomlinson produced documentaries for major science strands such as Horizon, QED, Equinox and Nova.

We have a number of clients who have started as technology spin-offs from British universities. We can help our business clients develop and grow, producing communications media such as videos, photography, websites, exhibition and printed materials.

We also cover environmental and natural history subjects. Mike Tomlinson has made a number of documentaries for the RSPB, working with their specialist wildlife cameramen and scientists to show their conservation work to the general public and educational audiences. For example: a film about the reintroduction of red kites in Northern Ireland, and a film about the reintroduction of white tailed eagles in Scotland, (Orlando working with Nutshell Productions and the RSPB Film Unit, with music by James Tomalin, Oxford Digital Media.) Or an earlier film about The Great Sparrow Mystery presented by former RSPB President and TV journalist, Julian Pettifer (Nutshell Productions and RSPB Film Unit)

Science outreach and increasing the public understanding of science are important aspects of our work. We have recently been working with geologists Nina Morgan and Philip Powell, Honorary Associates of the Oxford University Museum of Natural History. They give talks and have written a book that introduces geology to a general audience using graveyards and cemeteries as easily accessible locations for field research. Gravestones are a treasure trove of different rock types, all readily prepared or polished. All one needs is a small hand lens and a little direction as to what to look for in a sample of rock. An introductory video explains more on their website, Gravestone Geology. 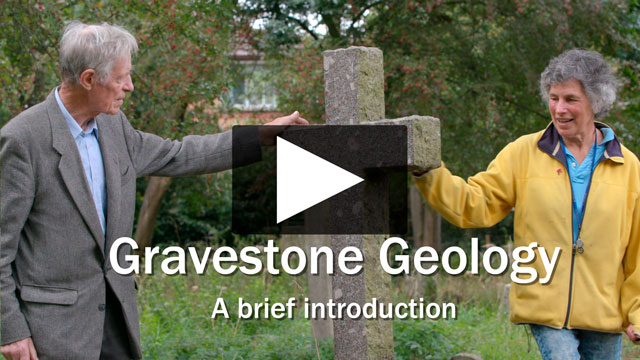